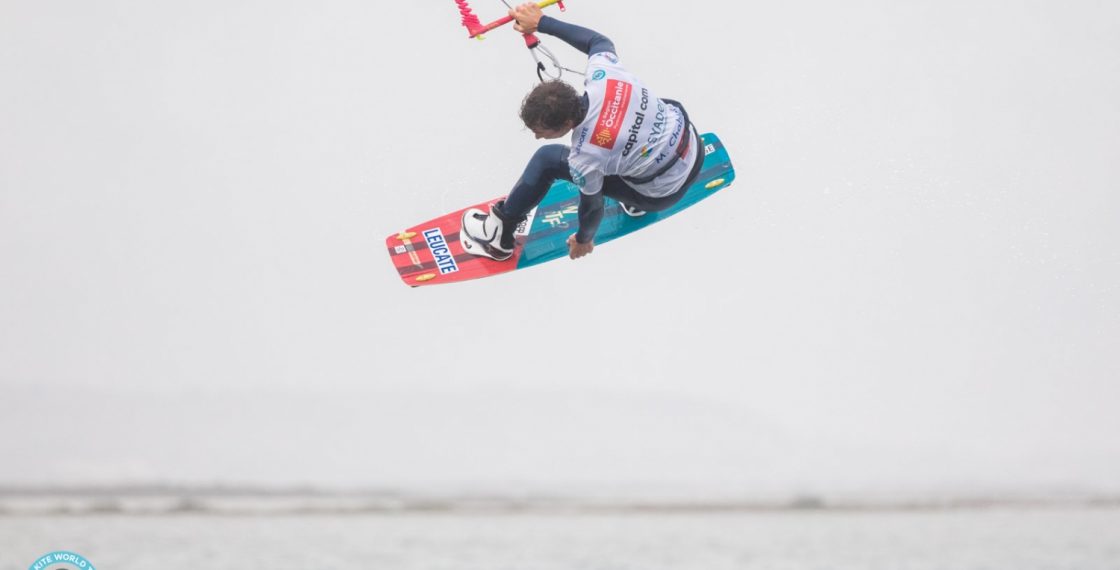 We all remembered last year’s disastrous Mondial du Vent when the wind gods decided not to show up.
When on the first 4 days the wind wasn’t blowing, we all thought that the event was cursed.
We wanted wind, we eventually got some, actually plenty of it. The usual Tramontana has been replaced by a strong, gusty, choppy southern wind which led to a change of location, as La Franqui does not work with this wind direction.
So on Wednesday, after 4 days patiently waiting for some action, the wind finally kicked in and the event took place 20 minutes south of the regular event location.

9 F-ONE riders were competing at first event of the GKA Freestyle World Cup.
With the event being so close to an end, the organisation had to revise the structure of the competition which made it quite hard for our riders:
– 6 trick attempts instead of 7
– 1 minute to do their trick with a countdown on the big screen.
With the conditions being more than tricky the riders had to do their absolute best to progress.

With all our riders going from Round 2 to 3 and 4, the competition started off really well.

In the women category, Osaia won her first heat, landing a beautiful BS315.

After Round 3, Théo Fermon and Maxime Chabloz were advancing to the quarter finals.

At this stage of the competition, the boys are on 10 and 9ms and the girls on 5 and 6s, they struggle a little with their handle passes. 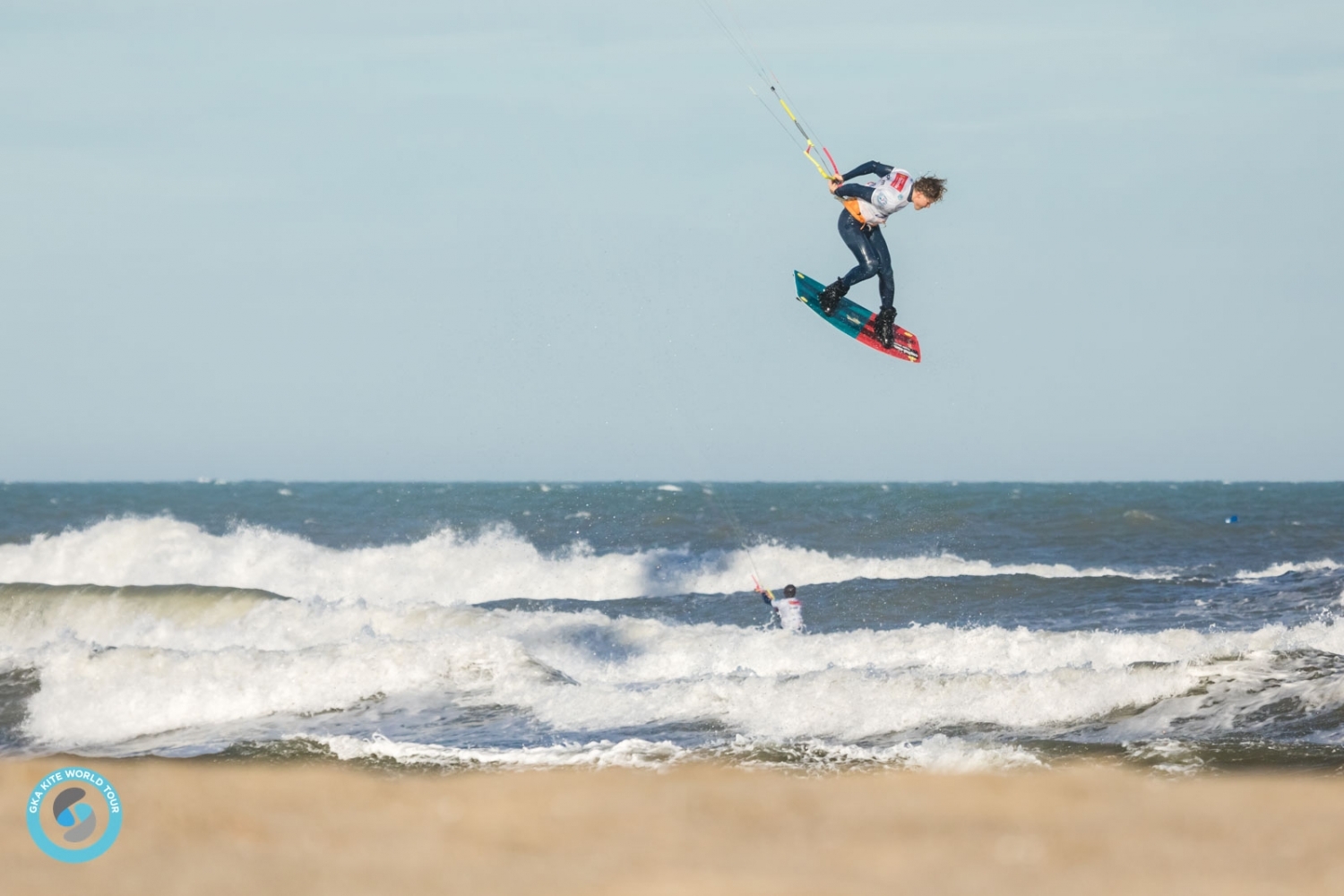 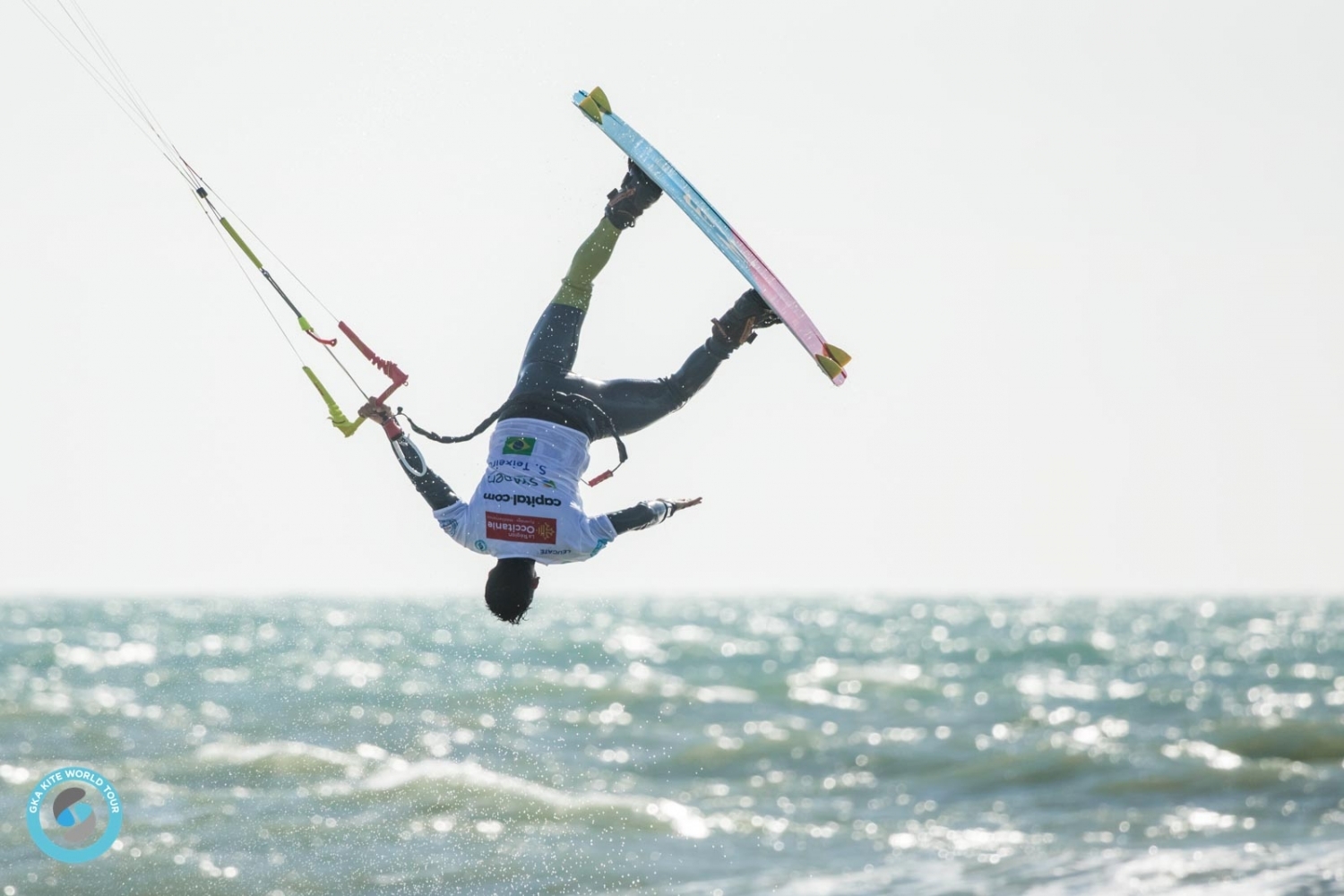 > MEN QUARTER FINALS
In the first heat of the quarter finals, Set Teixeira rides very well, with good scores, he came second with 0.04 from the first one, but he is through to the semis.

In the third heat of the quarters, Maxime Chabloz and Liam Whaley are in the same heat. Our 2 extremely talented rider went on a tough battle to go through to the semis, landing good scored tricks like BS317 and Back Mobe 5, classic you would think but the sea is on fire and the wind beyond strong, they have troubles to unhook even. The both go through to the semi-finals the next day.

> SEMI FINALS
On Thursday morning, the 30 knots were going to make this last day interesting. Too windy for freestyle people would say, not for Maxime Chabloz who lands a mobe 5 and 313 on a 7m which secured his place in the big final !

Unfortunately and surprisingly, Liam and Set who were both in the second semi didn’t make it to the final as they were facing harsh conditions at that stage.

It was then time for the final which we had all been waiting for.

> FINALS
35 knots are now blowing. The organisation extended the trick allowance time to 90 seconds and 7 tricks attempts. If you haven’t watched it, do so, it is nerve racking and gives you a good adrenaline rush. All four riders were determined to win this final step. But the battle was really between current World Champion Carlos Mario and Jr World Champion Maxime Chabloz. It was VERY TIGHT. Maxime unfortunately crashed his last trick attempt, giving the first place to Carlos Mario by only 0.81. He however scored the highest trick in the final, 8.43 for a BS315 in those insane conditions.

We are very proud of all of our riders, for giving their all in such conditions. 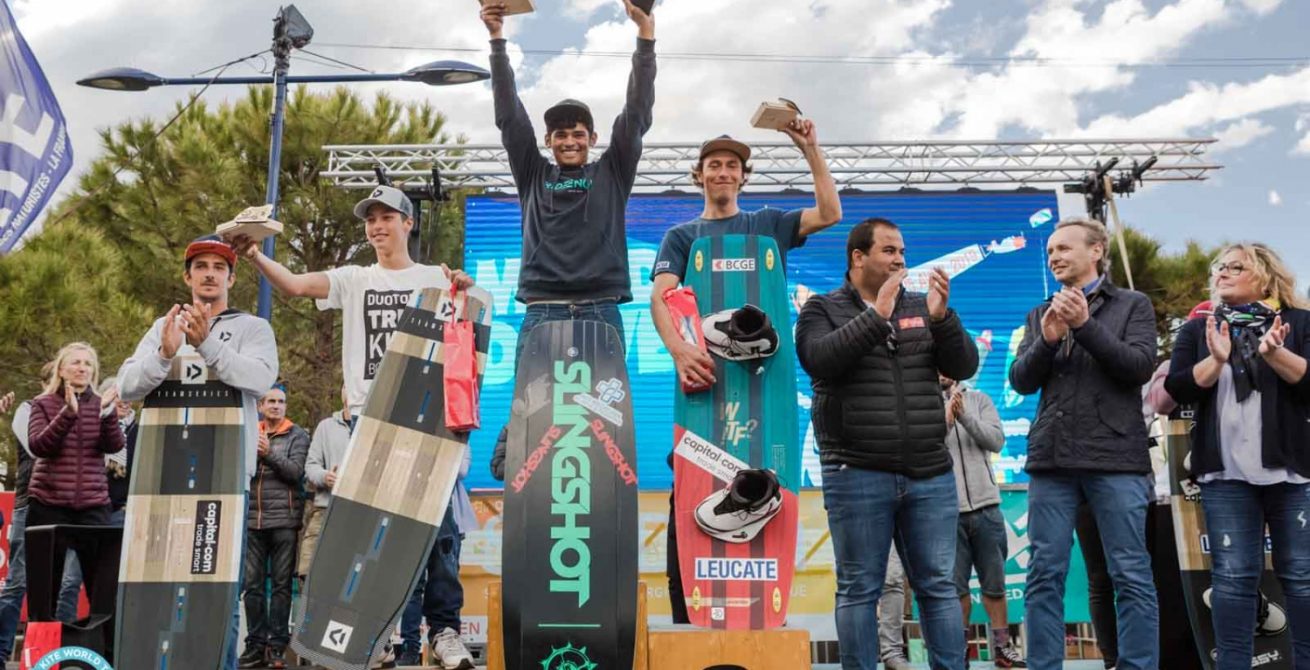 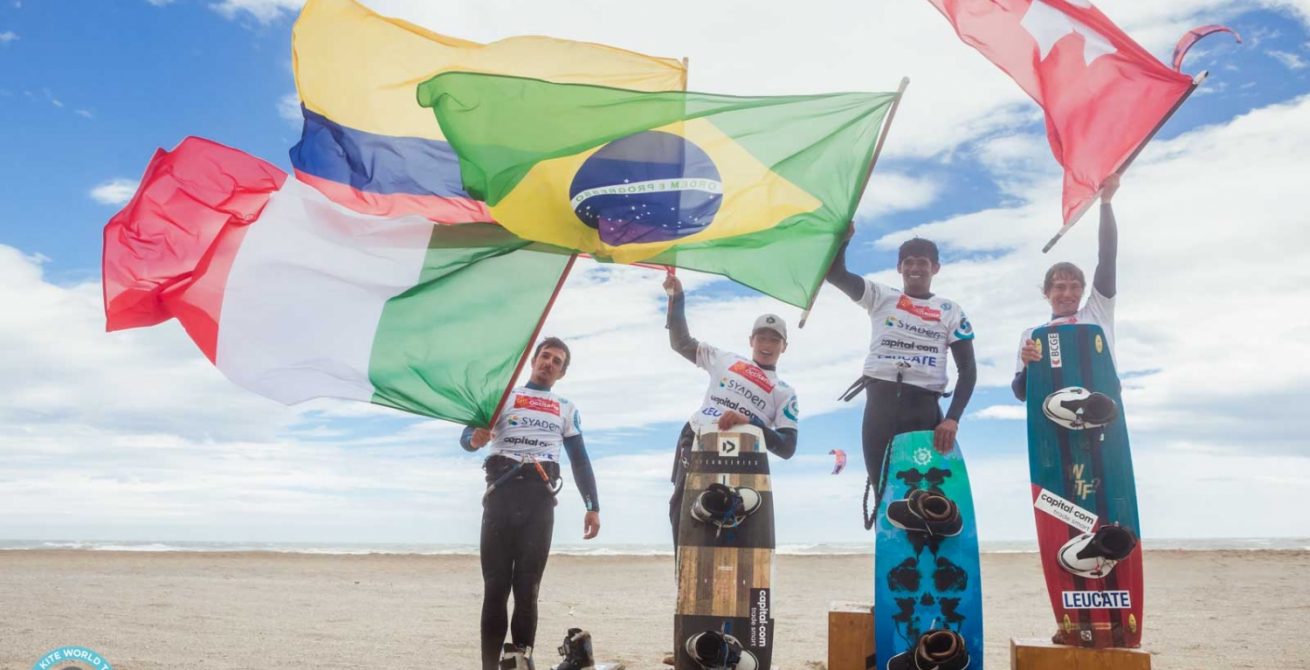 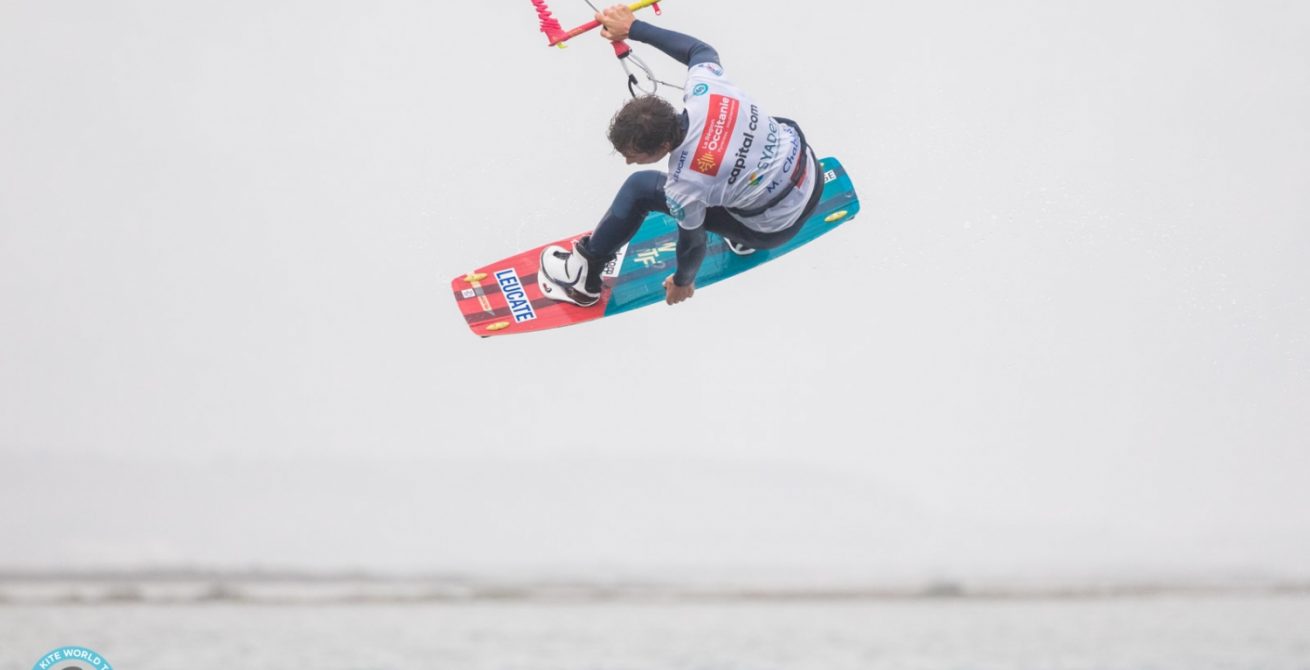 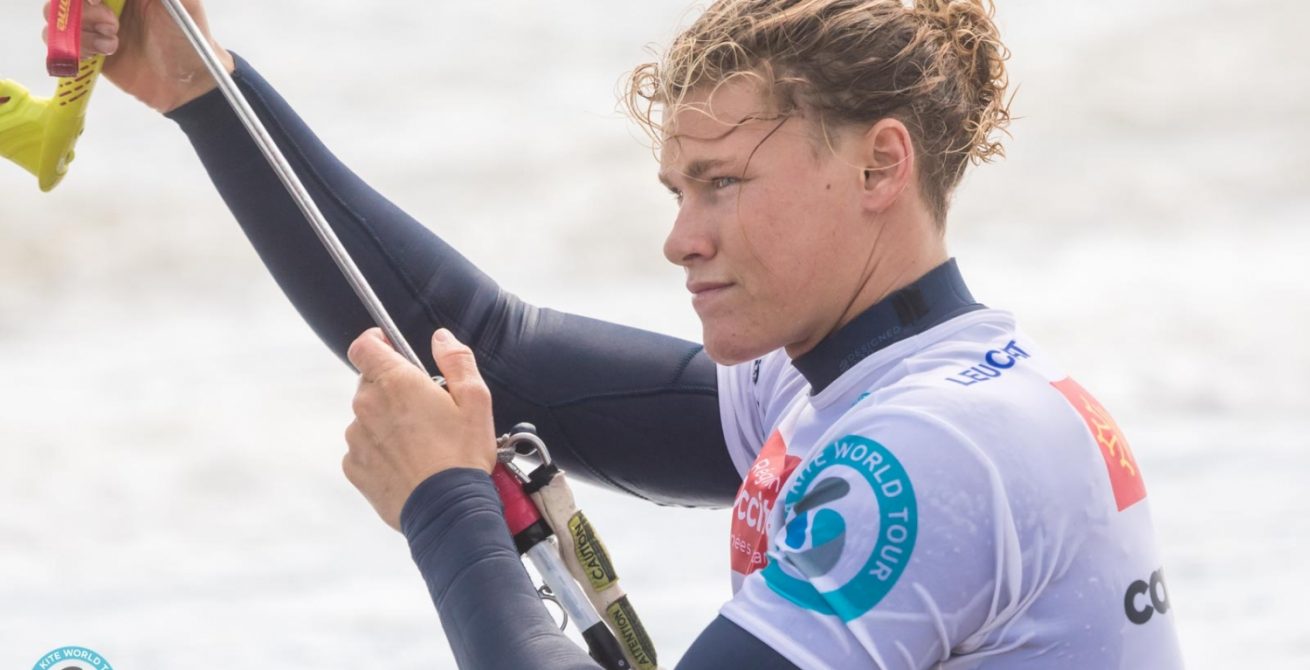 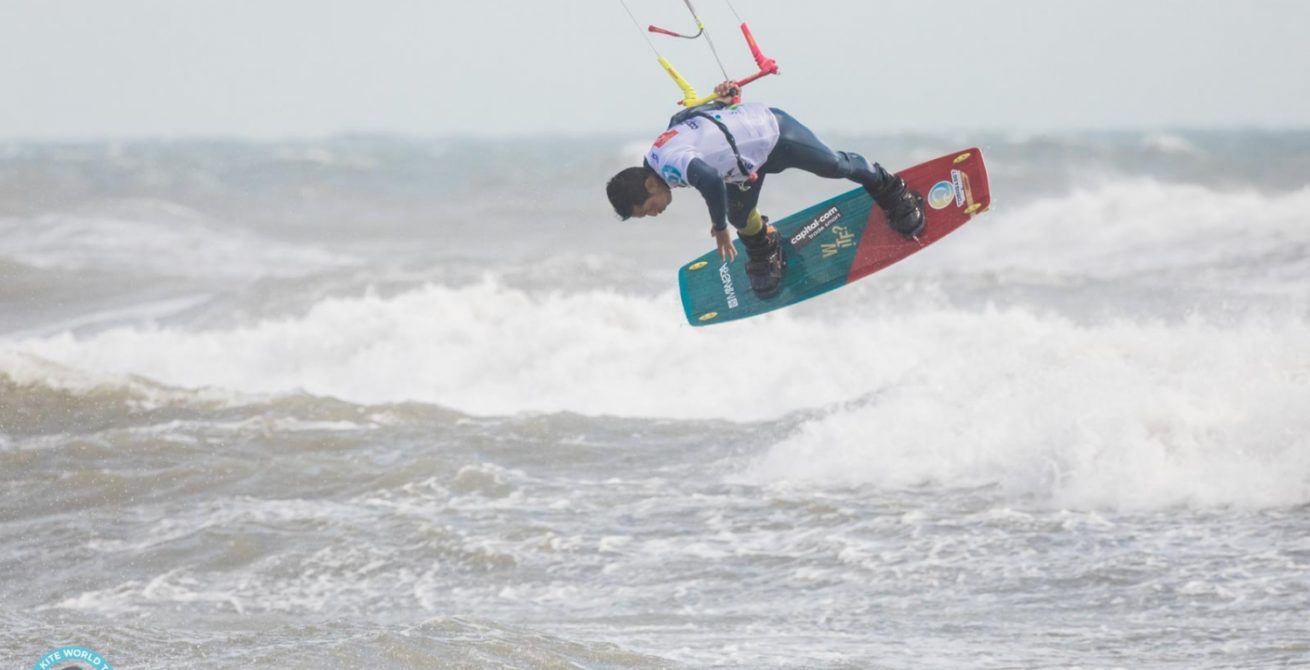 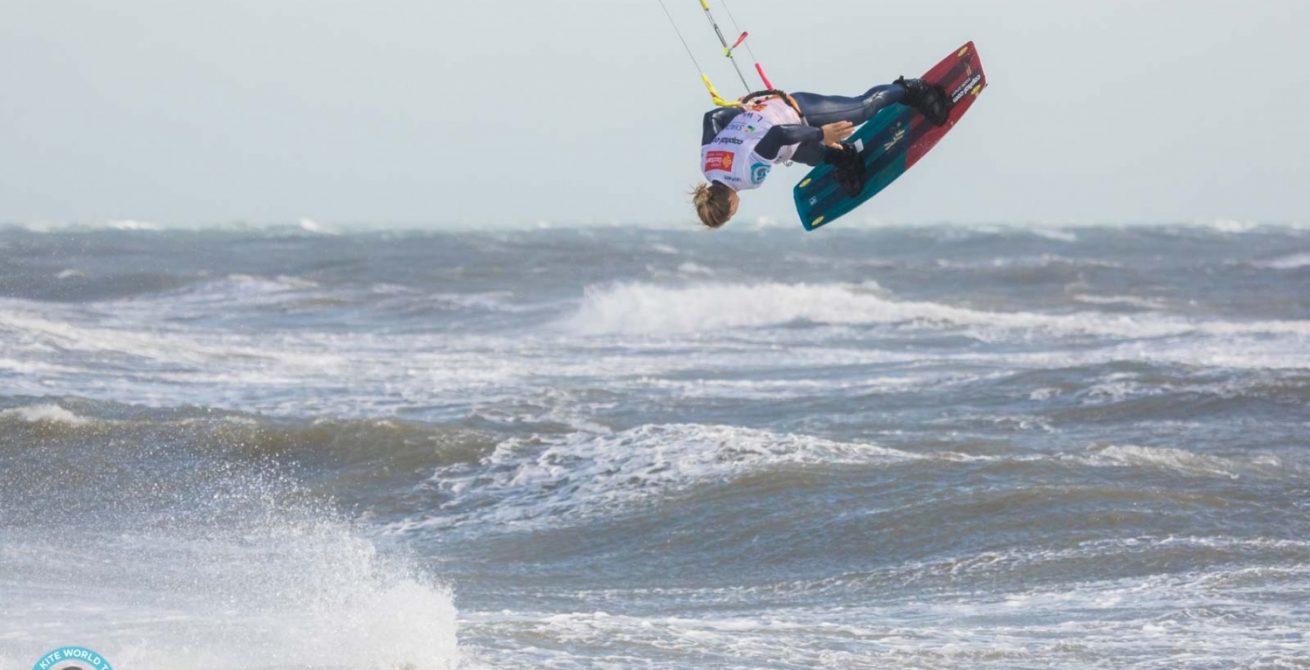